With coach Jason Xiao and many of the five members returning, the team had a dominant year before the global pandemic. Then many debate tournaments, including the World’s Schools Debate Championships (WSDC) were suspended, and it was unclear what might happen for the team. Online WSDC 2020 was Team Canada’s chance to respond to all those high expectations once the Mexico hosting team agreed to host online at the end of July 2020.

In the weeks before WSDC, the team won the Vancouver WSDC prep tournament, and had a good opportunity to practice debating in conditions like the ones they would face. They all debated in separate places, grouped as a team by time zone into a specific category.

Canada had a very successful tournament, breaking as the top team in their division, with very few dropped ballots. They defeated Slovenia, Malaysia, and Singapore in order to make it to the final. View their break rounds:

The grand final included the proposition of Team Sri Lanka and the opposition of Team Canada. The motion was “This house would choose the job they are passionate about.” The five debaters included: Angela Li, Max Rosen, Matt Anzarouth, Matt Farrell, and Reana Yan, with Angela, Max, and Matt A representing Canada in the final. The team’s decisive 8-1 victory felt particularly sweet after all the delays and confusion. Jason writes: “The success of Team Canada comes from the fact that they worked together as a team and viewed a debate from the perspective of a team rather than as individual speeches. I’m immensely happy to see their success as it represents the culmination of a great deal of work from a number of past Canadian coaches who have passed down their knowledge over time.” The team was lucky this year to have the support of three wonderful alternates: Issac Cape, Alison Lee, and Angie Lei.

Team Canada did very well individually, with 4 of its 5 speakers in the top 10 of the Aztec division:

Josh Judah, Team Canada Committee Chairperson noted the significance of Jason’s role in coaching the winning team: “Jason has a tremendous ability to see debaters as special individuals, and he recognizes how each one can make a unique contribution to the team. His mentorship and support enabled him to build a fantastic team and was a key to their success.It was truly fitting that the Tournament Organizer’s closing comment was that it was great to see the victory go to such a wonderful person.”

Team Canada 2019 was made up of five debaters and two alternates who competed at the 2019 World Schools Debating Championships held in Bangkok, Thailand. The Team Canada members were Naomi Panovka (ON), Angela Li (ON), Max Rosen (ON), Vivian Zhang (BC), and Matthew Farrell (NS).  The alternates were Matthew Anzarouth (QC) and Allan Lee (BC).

By the end of the preliminary rounds, Canada broke 10th, winning 6 rounds and losing R3 and R8 against England and India respectively; however, a significant achievement this year was that we won all of the prepared rounds. The team worked hard to be in the finals against India. However, it was a riveting and close final which the audience enjoyed watching and Team Canada enjoyed debating in. It is also of particular note that Team Canada only lost rounds to teams that ended up in the semifinals as a bare minimum. The kids celebrated their wonderful result before we all departed, leaving with great memories and strong friendships with one another.

The team was coached this year by Jason Xiao.  The Grand Final Motion was “THR the glorification of soldiers as heroes.”

Team Canada 2018 was made up of five debaters and two alternates who competed at the 2018 World Schools Debating Championships held in Zagreb, Croatia. The Team Canada members were Adythia Chakravarthy (ON), Anwyn Diakuw (SK), Ashley Phord-Toy (BC), NaomiPanovka (ON), and Andrew Yun (BC). The alternates were Saara Meghji (BC) and Angelina Zhang (BC).

Canada broke in Zagreb and lost to Singapore, but not without 4 of the 5 debaters finishing in the top 20 speakers. The team was coached by Liz Stratton and Wendy James. The Grand Final Motion was “This House believes that the West should end all arms sales and military cooperation with Saudi Arabia.” 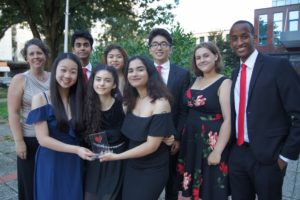 Team Canada 2017 was made up of five debaters and two alternates from Canada. They competed at the World Schools Debating Championships held from August 1st – 11th, in Bali, Indonesia.  Team members were Dasha Metropolitansky (ON), Martine Duffy (ON), Armin Safavi (ON), Kimathi Muiruri (ON) and Anna Yang(BC).  Our two alternates were Alykhan Jetha (ON) and Andrew Yun (BC).  Based on years of past success our team ranked 1st prior to the start of the event.  Congratulations to our incredible Team who finished admirably as Quarterfinalists on a close 3-2 split decision. This team was coached by Aislin Flynn and Iqbal Kassam, for most of the year.  Elizabeth Stratton took over the team just prior to Worlds’ 2017!

Team Canada 2017 development squad had a busy year representing Canadian debate at the 2017 Pan Americans and a US Invitational event.  They competed in one international tournament: the Pan American Championships in Buenos Aires, Argentina, February 13 – 20th, 2017. At this event, Canada had three English teams and one French team. Our only French team broke first in the French division advancing to the finals. In the English stream, we had three teams – Canada East, Canada Central and Canada West. In the break, Canada East broke 2nd, Canada West 3rd, Canada Central 4th. The top breaking team was Argentina 1 with 6 wins but lower speaks than all three Canadian teams. It was an all-Canadian Final with Canada Central facing off Canada West. The end result was Canada West winning the PanAmerican Championships.  In addition to this event, Team Canada was also invited to attend an invitational event in the US; the Old Parkland Debates in Dallas, Texas.

The Grand Final Motion at Worlds’ 2017 was: “This House supports restrictions on free speech to combat the rise of right-wing populism.”

Team Canada 2016 was made up of five debaters and one alternate from Canada. They competed at the World Schools Debating Championships held from July 19th – 29th in Stuttgart, Germany.  Team members were Rory Flynn (NS), Dasha Metropoltansky (ON), Alex Wu (ON), Naz Gocek (ON) and Luciano Kwon (BC).  The only alternate was Ben Gillis (NS).  Once again our team showed strength and determination taking them to the finals against Team England. Canada came in second again, but it was not without a great final debate round.  This team was coached by Aislin Flynn, with assistance on their development from Veenu Goswami.

The Grand Final Motion was: “THBT states should be allowed to pay other states to relocate and settle refugees.”

Team Canada 2015 was made up of five debaters and two alternates from across Canada.  They competed at the 2015 World Schools Debating Championships held from July 27th – August 7th in Singapore.  Team members were Rory Flynn (NS), Peter Koczanski (MB), Swarochish Goswami (AB), Lloyd Lyall (BC) and Jason Xiao (SK).  The alternates were Dasha Metropoltansky (ON) and Tatiana Kurschner (BC).  Once again it was a true Canadian squad representing Canadian debate from coast to coast.  Through great coaching, we were proud to have our team in the finals against our host Singapore.  Canada came in second to Singapore but not without a great performance.  This team was coached by Veenu Goswami, assisted by Aislin Flynn.

The Grand Final Motion was “This House believes that governments should provide a guaranteed Universal Basic Income.”

Team Canada 2014 was made up of five debaters and three alternates from across Canada. They competed at the 2014 World Schools Debating Championships held from August 5 – 15 in Thailand. Team members were Nasra Moumin (SK), Rory Flynn (NS), Elliot Kaufmann (ON), Graeme Climie (AB) and Behbod Negahban (BC). The alternates, Peter Koczanski (MB), Lloyd Lyall (BC) and Swarochish Goswami (AB) also attended the WSDC. This was a truly Canadian squad representing Canadian debate from coast to coast. After winning Pan Americans 2013 (Bermuda), EurOpens 2014 (Germany) and Pan Americans 2014 (Mexico), the team had an outstanding WSDC, breaking 4th after preliminary rounds and advancing to the semi-finals before being defeated by South Africa. The team was coached by Veenu Goswami and Liana Palko.

Team Canada 2013 competed at the 2013 World Schools Debating Championships held from Jan 27 – February 6th, 2013 in Antalya, Turkey. Its five competing members were Anisah Mahomed (ON; team captain), Jessica Dorfmann (BC), Julia Milden (BC), Nasra Moumin (SK), Oliver Bjornsson (NS) with alternate Alessandra Harkness (BC). The team was coached by Elisa Frank and Josh Judah. At the WSDC, Canada advanced to the quarter-finals before being knocked out by Ireland on a razor-thin 4-3 decision.

Our team of Tim Abdulla (Manitoba), Pam Cohen (Ontario), Sam Greene (Newfoundland & Labrador), Iqbal Kassam (British Columbia) and Daniel Lewis (Nova Scotia), under the leadership of coach Tracey Lee, acquitted themselves extremely well at the 2009 WSDC tournament in Athens. At the end of the eight preliminary rounds we were standing in 6th position, having had only one loss and seven wins. The octo-final presented no problems but in the quarter finals we were up against the only team who had beaten us during the preliminary rounds. Alas, we were not to get our revenge and went down to an excellent team who finally won the entire tournament. We remained in 6th position but were delighted that all five of our speakers finished in the top 50, with Iqbal Kassam in the top 10.

The 2008 WSDC tournament in Washington was a success for Team Canada. Under the direction of coach Martin Poirier, the team finished the preliminary rounds in fourth place out of 39 countries, and after falling to Scotland in the quarter finals, placed sixth. The team consisted of Sam Greene (Newfoundland & Labrador), Daniel Lewis (Nova Scotia), Tim Abdulla (Manitoba), Kees de Ridder (Alberta) and David Miko (Alberta).

Team Canada attending the WSDC in Seoul included: Andrew Rusk (captain), Sean Stefaniak, Sean Barron, Kirsten Lundell-Smith and Caroline Ness. The team ended the preliminary rounds with a 6-2 record and defeated Slovenia (octos) and South Africa (quarters) before being ousted by Singapore in the semi-finals. They placed 4th overall at that Worlds, coached by Martin Poirier. The tournament was also a blast for the debaters. Some of the highlights were visiting the De-Militarized Zone, peering over the border into North Korea and climbing the Seoul Tower in Korea. 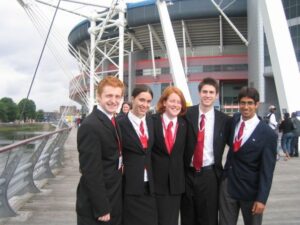 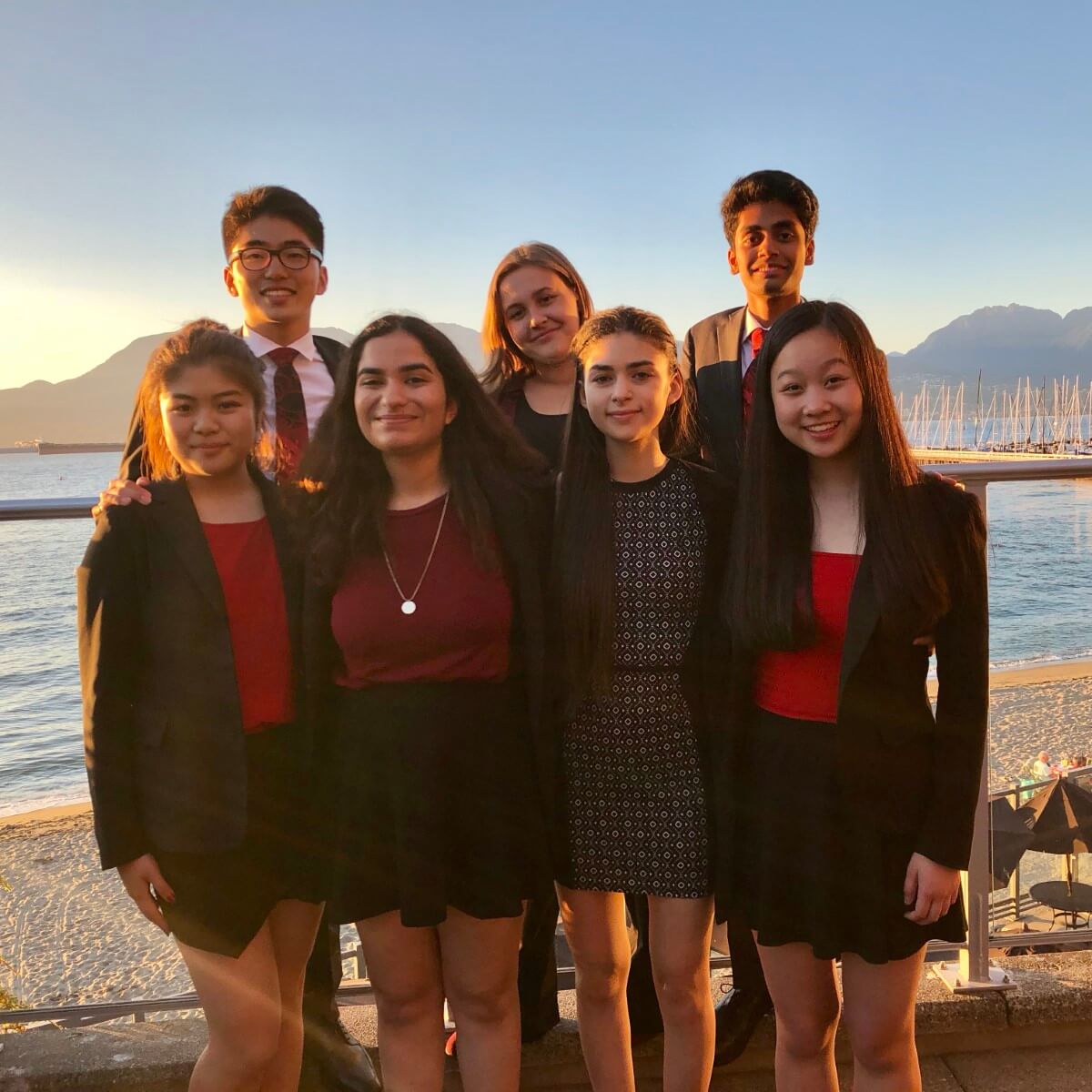 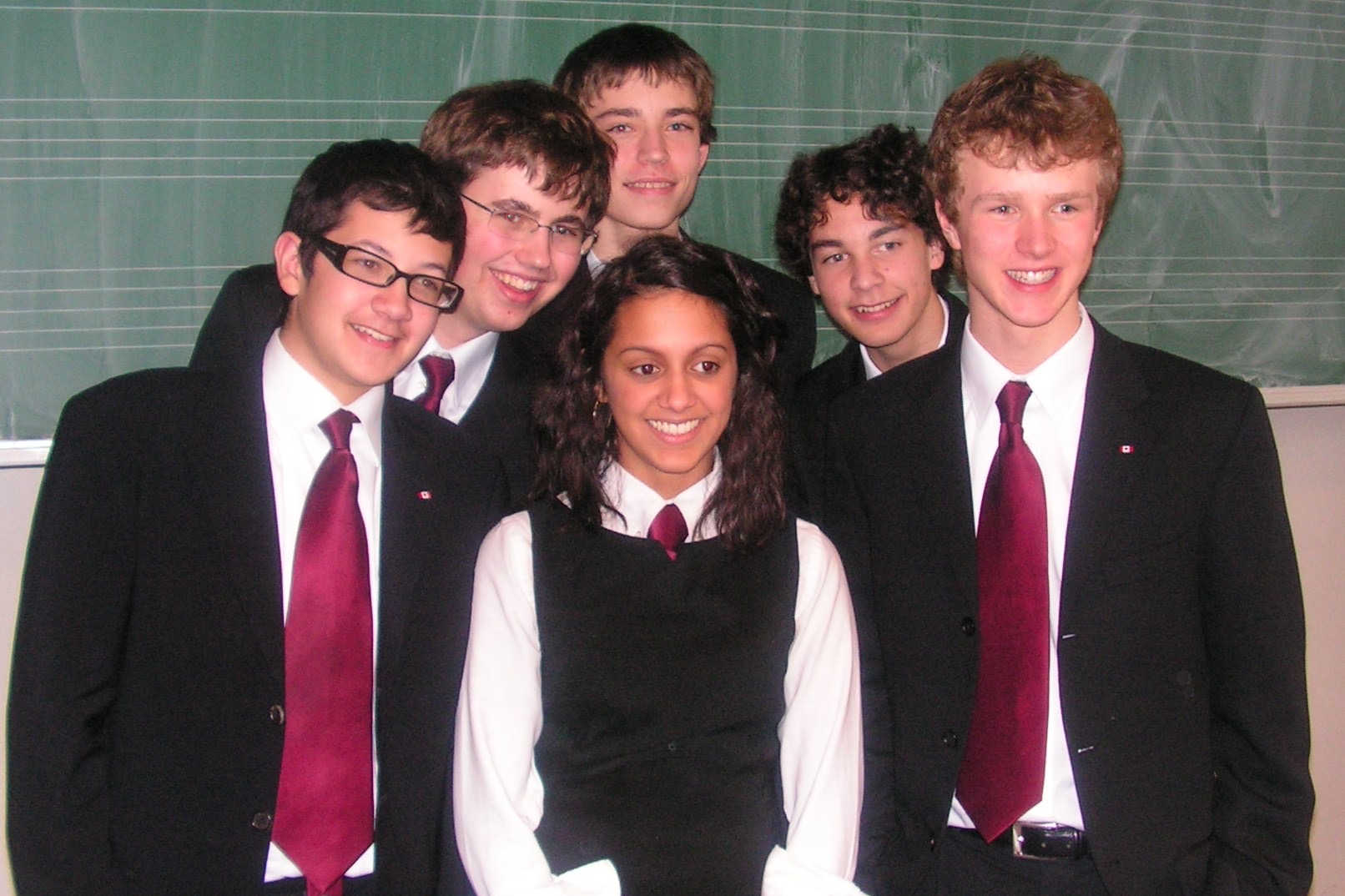 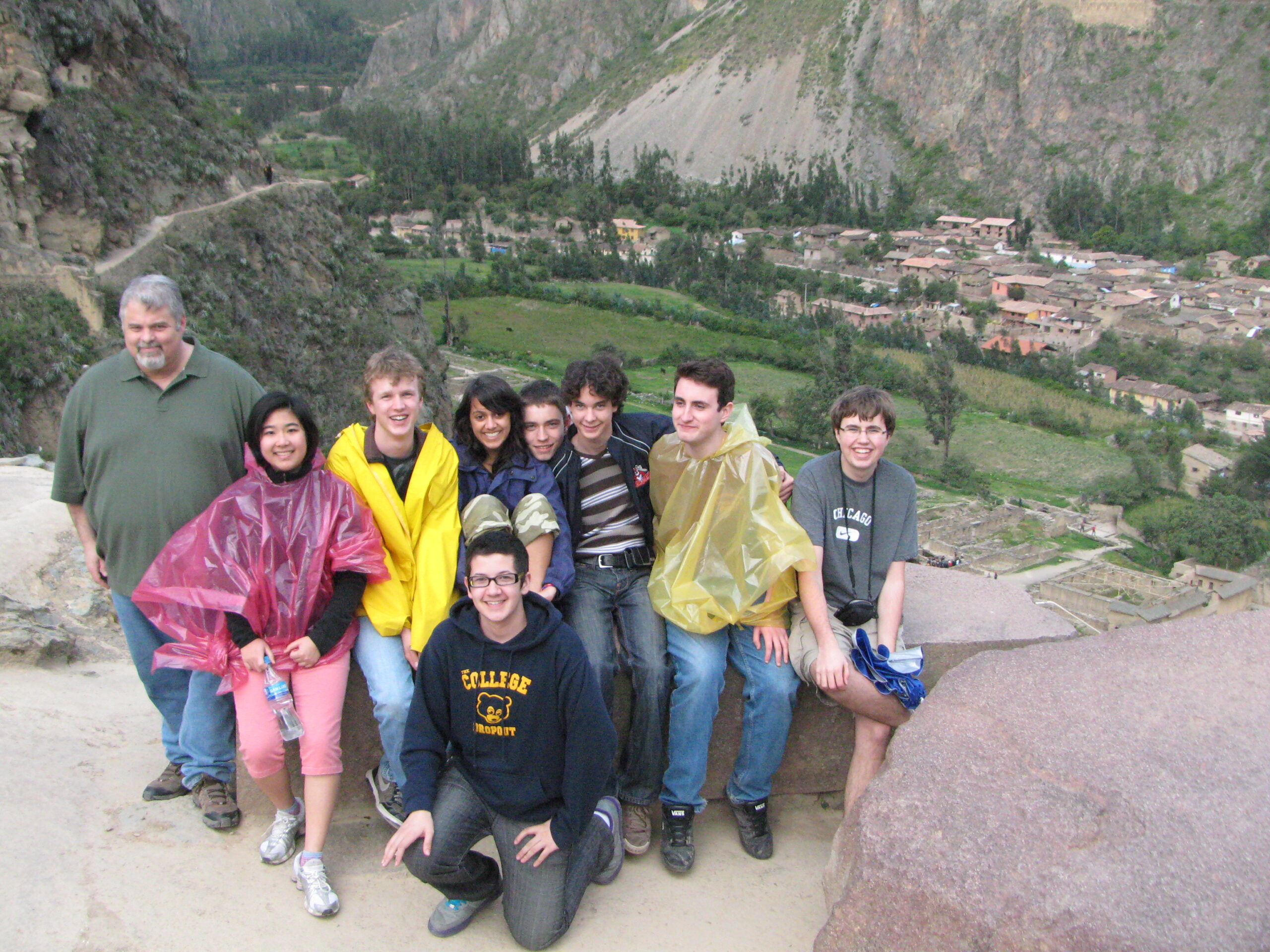 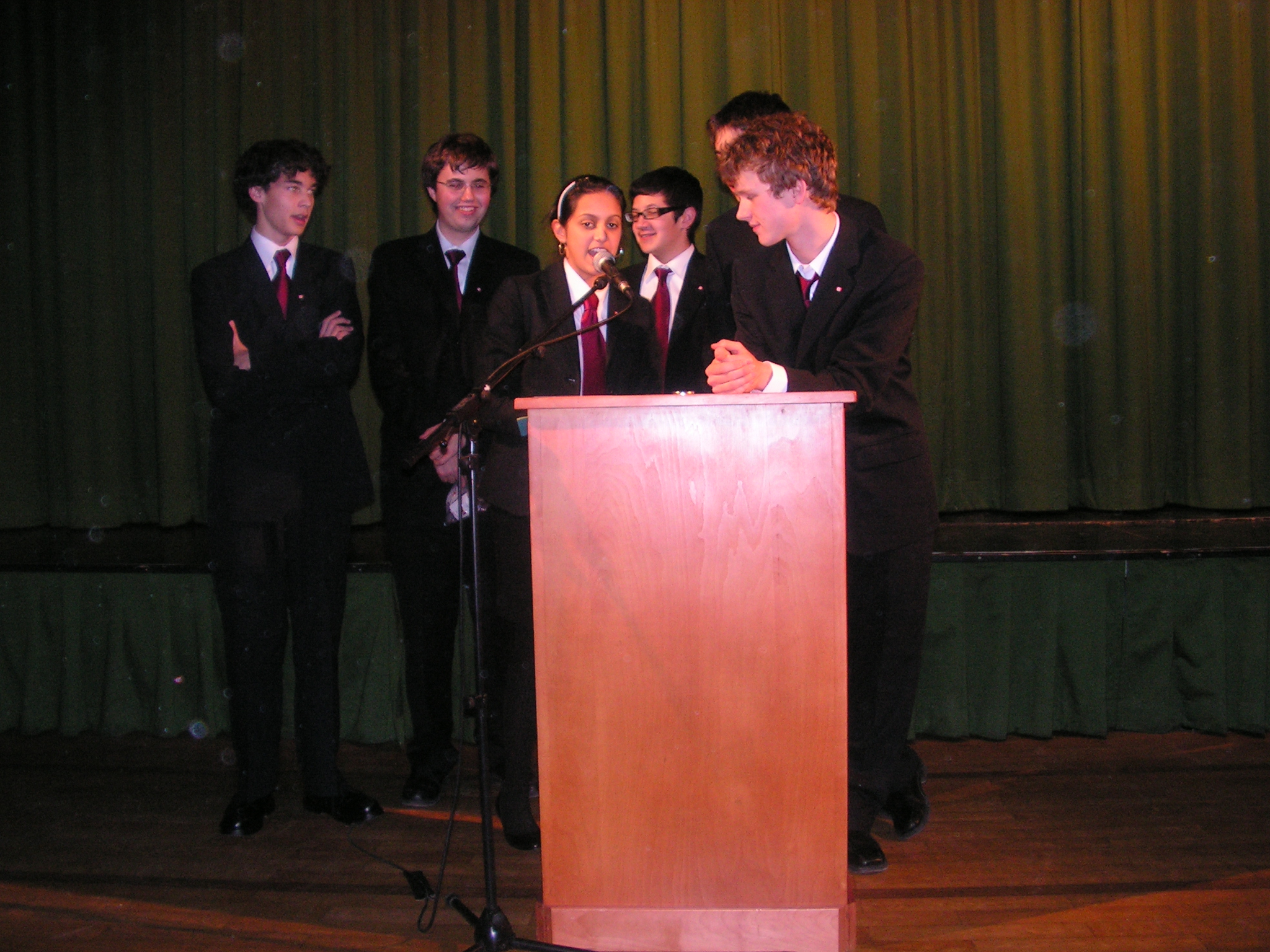 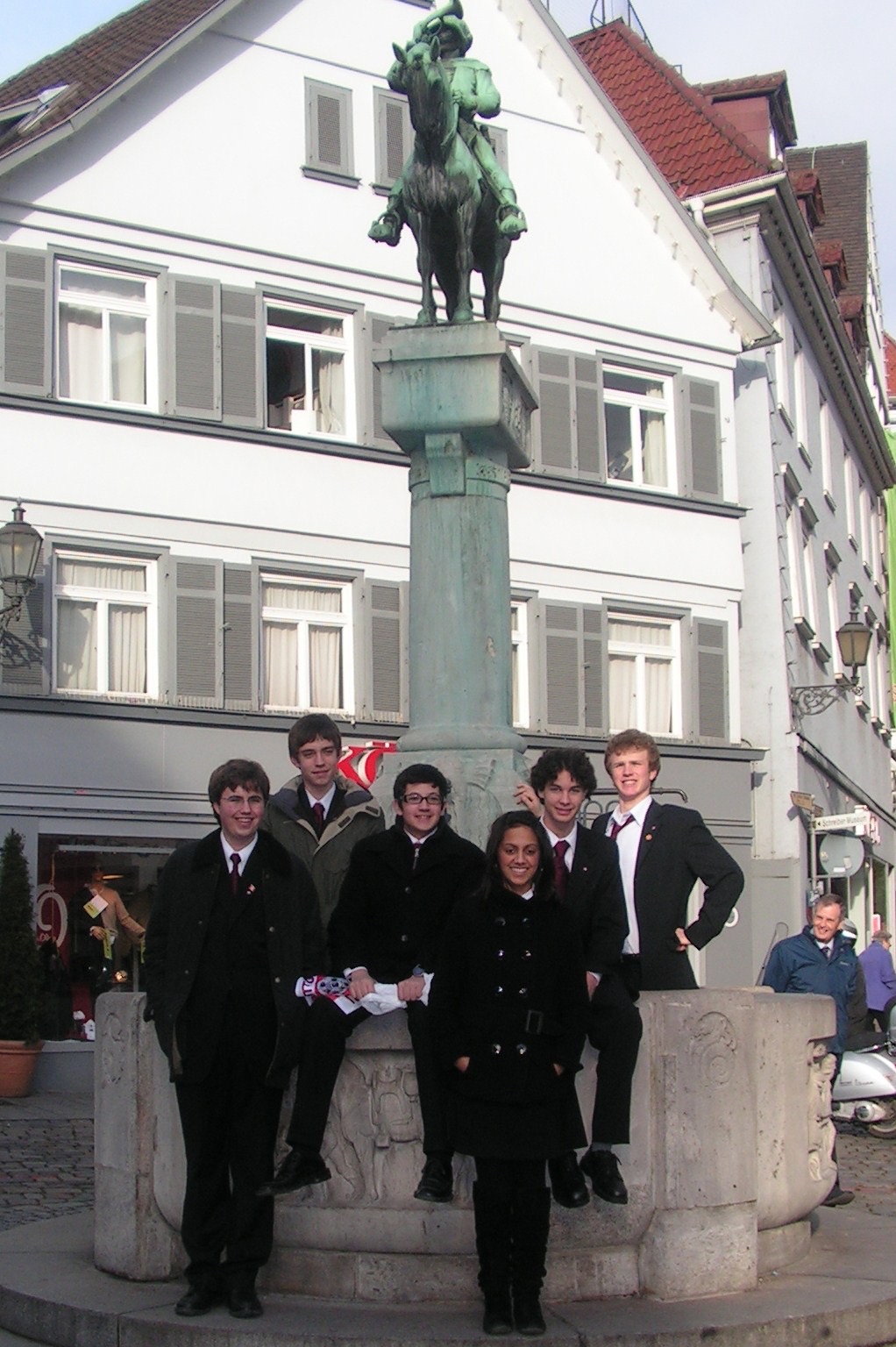 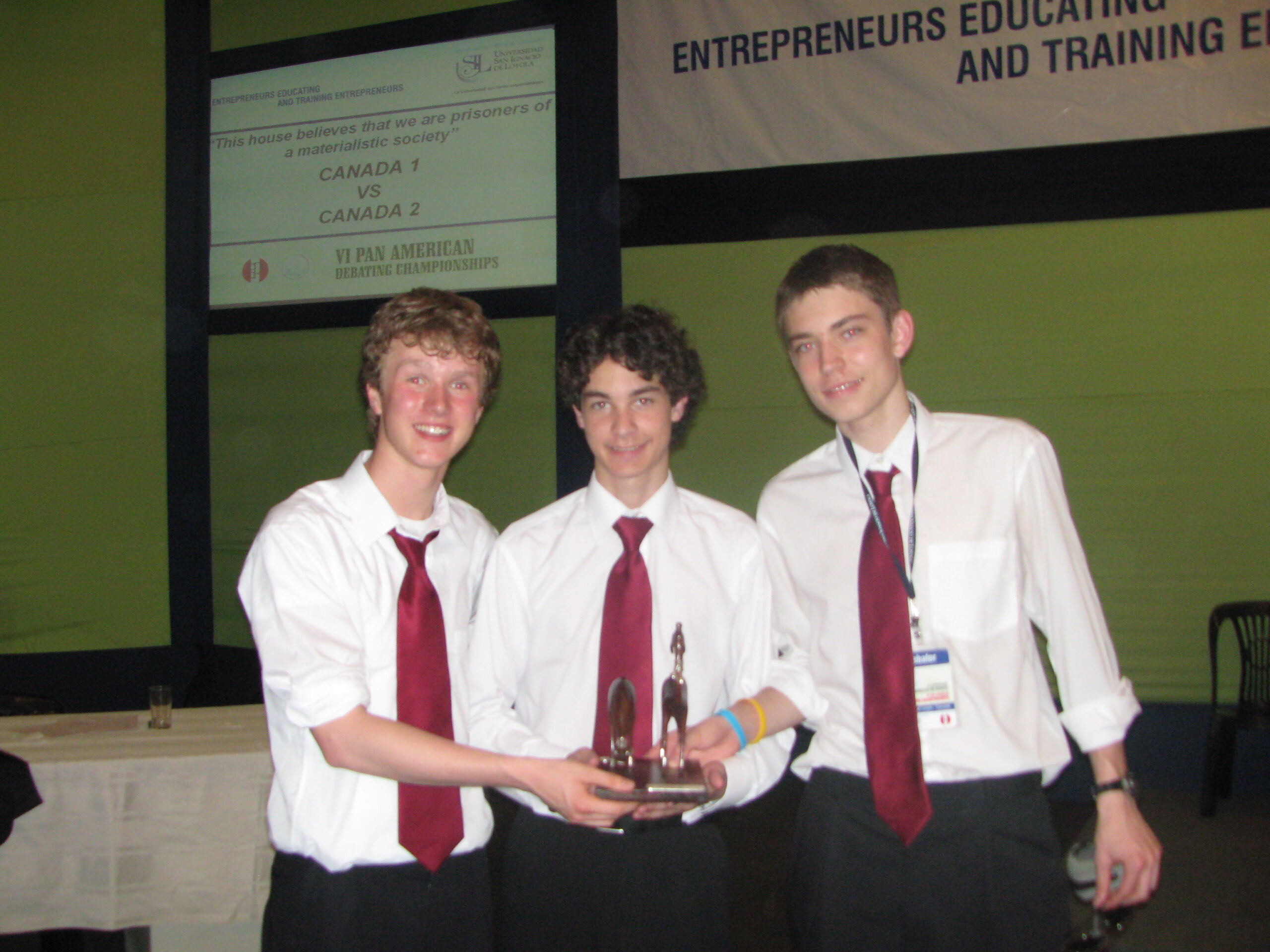